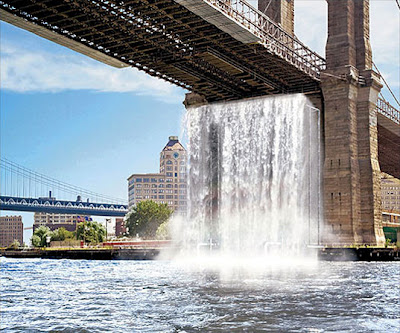 Danish Icelandic artist Olafur Eliasson advocates that folks learn to Take Their Time, either at his current MoMA retrospective or for the viewing of his upcoming NYC Waterfalls project. With all spigots finally a-go, this $15 million dollar environmental installation project is set to launch on the banks of NYC’s East River and NY Harbor this Thursday, June 26. The wunderkind artist plans to have four freestanding waterfall sculptures awash in cascading water that will fall from heights of 90 to 120 feet. Touted to be the next best thing (economically) for the city since Christo and Jeanne-Claude’s saffron-colored Gates Project in Central Park, we will leave up to you as to whether you think that ‘waterfall chasing’ merits extra points for NYC’s Mayor Bloomberg as he moves to green our urban shores. 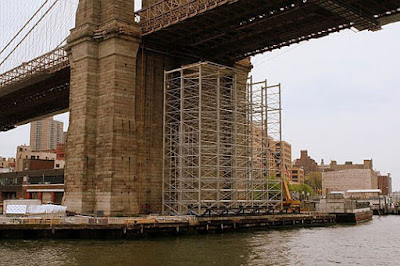 Olafur Eliasson views his monumental project as being an ideal way to draw attention to the power and potential scarcity of NYC’s seemingly limitless natural resource. “Here in New York, water is everywhere. We take the water for granted,” Eliasson recently stated in an interview. “I want to suggest - now, it’s not about the land, now it’s about what’s between the land.”

Visitors will have the opportunity to take in the sights at four locations: Pier 35, under Brooklyn Bridge, Brooklyn Piers, and Governor’s Island. Metal scaffolds will provide the framework for each waterfall while engineered pumps will carry water up to a trough, where approximately 35,000 gallons will cascade down every minute for all four falls. Onlookers will be able to see the spectacle every day from 7 a.m. to 10 p.m., and each site will be illuminated after sunset. The project is scheduled to be on tap until October 13, 2008.
Even though Eliasson’s vision costs about $15 million, it is expected that it will generate close to $60 million in tourist revenue. The project is presented in conjunction with The Public Art Fund and Tishman Construction Corporation. Yes, indeed, there might be better, more sustainable ways to address water quality and supply in and around NYC’s waterways, but nothing moves glacial mindsets about the environment like a nice green wad of cash for a future rainy day.
http://www.olafureliasson.net/
http://www.nycwaterfalls.org/
http://www.publicartfund.org/
http://circlelinedowntown.com/waterfalls.asp 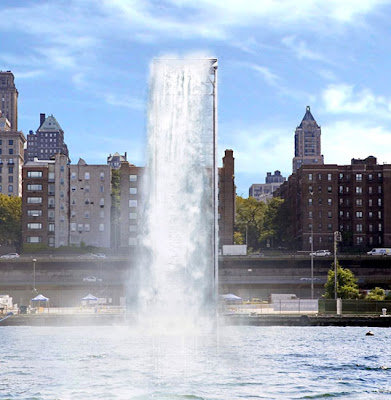 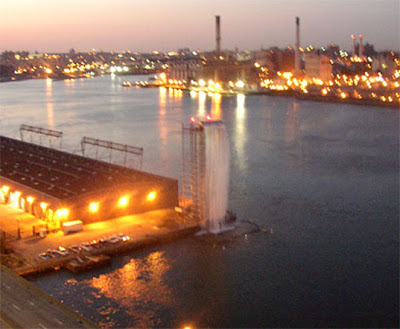