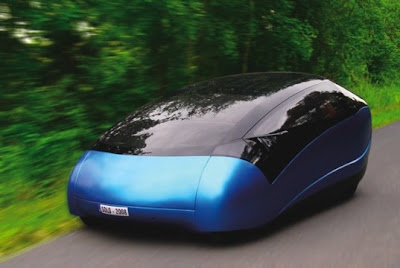 Hungary is not the first place that comes to mind when thinking about cutting edge green vehicles, yet. If the creators of the Antro Solo have their way, the country will be synonymous with green machines by 2012. The Antro Solo is a solar, human and gas-electric hybrid vehicle. It looks like nothing else out there, and has a fuel efficiency of more than 150 miles per gallon! 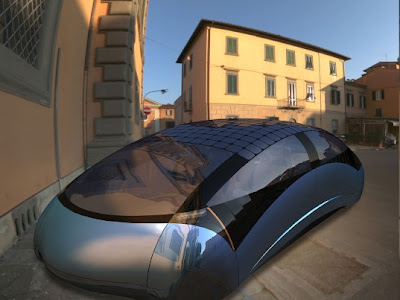 The Antro Solo is a three seat gas-electric hybrid prototype made entirely out of carbon fiber. This material choice allowed the graphic designers to lower the weight of the vehicle to a measly 270kg. This also allowed them to achieve phenomenal fuel efficiency and a pretty decent top speed of 87mph. All of this is impressive enough, but the Solo’s designers were not content to stop there
In order to maximize the efficiency of the vehicle, the designers installed solar panels on the roof. These solar panels store energy in the car’s batteries which can be used for short 15-25km trips. If there hasn’t been enough sun to power the batteries, each passenger’s seat comes equipped with pedals that can power the vehicles generator. If you are by yourself, or everyone gets tired, the car can switch to its small combustion engine that is capable of running on petrol or ethanol
The prototype was shown at the Budapest Museum of Transport. It is set to go into production in 2012, and expected to cost around $20,000 dollars
http://www.solo-duo.hu/
http://www.autofiends.com/index.php/2008/06/antro-solo-seats-three-gets-117-mpg-city-157-highway/ 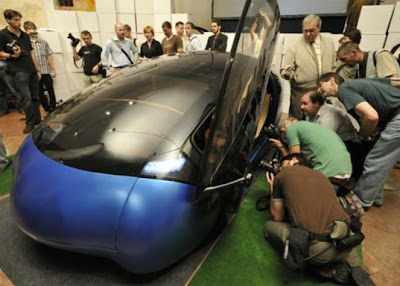